All about pests on plants and home 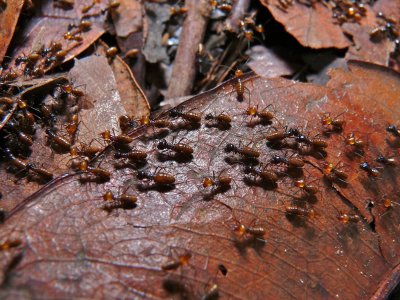 But along with this termites are genius builders and architects of the wild nature. Nests of several termites are three meters in height. They are so strong that only heavy tools or explosion is able to destroy them.

Many people suffer from infestation of termites. They are also called “silent destroyer” as they hide and thrive in walls (especially in drywall) and wooden constructions of houses. It takes them about 3-5 years to destroy the whole house, that is why it is important to discover and get rid of them.

This article will learn interesting facts about termites: what are termites, types of termites, their habitat and lifestyle, infestation and methods of termite control.

What is a termite?

Termite scientific name is Isoptera. Termites are an infraorder of herbivorous insects. They are often called “white ants”, but ants are not their relatives. They are closer to cockroaches, but termites live in societies so they are referred to social insects as ants, wasps and bees. 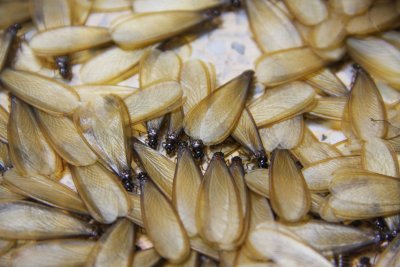 Their highly developed social organization based on different functions of the three main castes, soldiers and workers.

TermitewWorkers are white small insects, their body is about 10 millimetres in length. Most workers and soldiers’ eyes are reduced or totally blind, while the reproductive caste has a dark body and mature eyes.

As a class termites came from the cockroach order Blattodea in the Triassic period. Termites’ bodies are various colors, from white-yellow to black.

There are more than 3900 species of termites, and there are three main ecological groups of termites: drywood, subterranean and dampwood. Drywood termites dwell in hardwood forests, dampwood live in coniferous forests, while subterranean – everywhere in soil. How Do the Termites Look Like?

Learn more about dry wood termites: signs of their activity; best methods of treatment: spot treatment and DIY methods; how to get rid of them in furniture?

Termites begin their life cycle from an ovicell. Then the nymph comes up. It goes through several molts and becomes an adult termite. In some types the nymphs go through 4 molts. After the first molt there is a transformation in the work of termites, and then some insects continue to molt and transform into soldiers.

Their amount from the total number of insects in a termite mound is usually 5-15%, it depends on the types and external conditions. Some nymphs become reproductive individuals when it is required.

The growth of nymphs to adulthood takes several months. It depends on nutrition, temperature and the population of the colony. Some reproductive individuals have wings. Females and males form pairs and fly away from the mound to search for a suitable location for a new colony.

When there is such place the king and the queen dig a chamber closing the entrance and proceed to mate. After the first mating they remain in the nest until their death.

There are 10-20 eggs in the first egg rafting of the queen. Then their number gradually increased to 1,000 per day. Termite mounds often have underground tunnels connecting termite mounds to each other.

These insects live in colonies that can include several hundred to several million insects. Each colony is a decentralized self-organizing system and its members are divided into castes. They are the nymphs, workers, soldiers and reproductive insects of both genders (kings and queens).

A queen has a big potential and can lay 30 thousand eggs per day. The abdomen of the queen is huge, so it’s larger than other termites. The queen can live 50 years. It cannot move independently, so if there is a need to move it to another nest, then there are hundreds of workers to assist it. 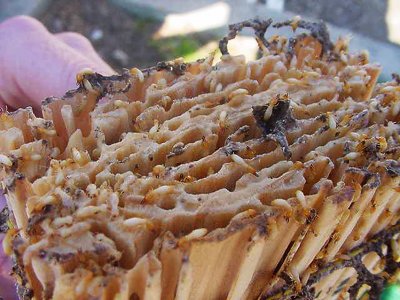 A king exceeds the working termites in size. Its task is to fertilize the queen throughout life.

Other reproductive individuals have wings, and their task is to create other colonies. For these purposes the male and the female leave the nest, mate, fall to the ground and create a new colony.

Workers have such duties as construction and repairing termite mounds, gathering and storing food. This caste is only one which is able to consume and digest cellulose, so they feed all other members of the colony.

Where do termites live? The insects known as a great buildres they live in huge moubds.
Termite mounds are built from shredded wood, soil, mud and saliva. The maximum height of these structures can reach up to 9 meters, but usually no more than 2-3 meters.

Where do termites live geographically? Termites live in all continents except Antarctica. They are spread in tropical and subtropical regions and there are more than 2900 modern types of termites. About 10 species dwell in Europe and 50 species in North America.

The majority of termites prefer the warm parts of the world, such as Africa, Australia and Asia. 1000 species of termites are found in Africa. African termites build great termite mounds which height can reach to 8-9 meters.

Despite the heat-loving nature of termites, they are able to move to less warm areas of the globe. Due to urbanization and heating systems development, they have opened the way to the north. They live in heated buildings in winter and move on when it is warm. So, recent years we can clearly observe the trend of displacement of termites’ habitat, farther to the north.

The season of termites’ swarming: when are insects most active? 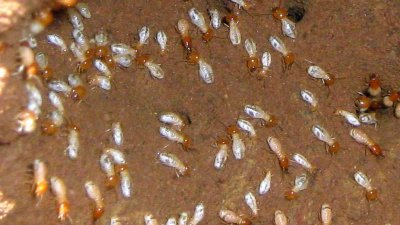 Each new mound appears after the so-called settling summer, when the matured winged termites go out for their first and last flight.

Before the rainy season, leaving the nest through the holes, a swarm spends a few hours in the air, while females acquiring partners.

Then pairs gnaw the wings and mate on the ground. For several hours they are completely defenseless and they can be a feed for insectivorous birds, so most of the insects are killed.

The few termite couples begin to build a new nest digging nesting chambers in which the female – the future Queen – lays first batch of eggs. When the larvae hatch parents feed them until full maturation, and since all duties including food and mound building entirely should be done by them, and the first male and female have only the reproductive function.

Some species of termites swarm only in rainy weather or at night to protect theirselves from birds and other insectivorous animals. Others prefer to do it every month, but they swarm in small groups.

Warning! Bites of termites can lead to serious health problems, even death.

What do termites eat?

what kind of diet does a termite have? The main diet of termites is cellulose and everything made of wood. They eat dry dust, plants with tree stem, a cardboard and paper.

Also they can consume linen, wool and cotton fabrics, leather products and felt. But termites eat these materials unwillingly.

In a wild nature termites eat rotten stumps and trees, dry stalks of cereal plants, dead branches and fallen leaves. The gut of these insects contains some bacteria that split wood and transforming it into acetate.

Further digestion is realized by other protozoa living in the gut of termites. Produced acetate and nitrogen during the splitting are allocated by insects with feces and they can be a fertilizer for forest soils.

But not only wood is in the diet of termites. They also eat the decaying remains of animals, various plants, and even fungi — the main food of the larvae, which termites breed arranging the whole plantation on previously manured soil.

A small termite colony can eat a huge tree or a house from the inside for a few days, working so carefully that no one will suspect them until the moment when the outside shell starts crumbling. 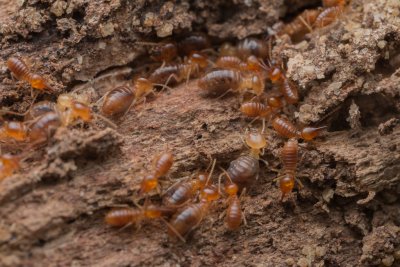 Many types of termites are a real danger for people.

Due to the fact that these insects consume wood and other substances that contain cellulose they can do harm for houses and wooden buildings.

Eating wood, they gnaw everything inside, but the surface remains intact.

They are very difficult to detect. If they get dwelling, they eat not only wood, but also books and other paper.

We can find termites using the following methods:

Advice! Termites do not live light, so you should search them in dark side of constructions.

There is a plenty of methods which help to get rid of termites. There are natural and chemical methods of termite control.

Here you can learn more information about fumigation: dangers for termites, preparing for fumigation and cleaning after, how long does this procedure last?

Chemical methods include using the following treatments which can you but at a local store:

All these methods can be combined to raise the efficiency of treatment.

Be careful! Use chemicals according to the instruction as they can get into the water system, then can cause harm to your health! 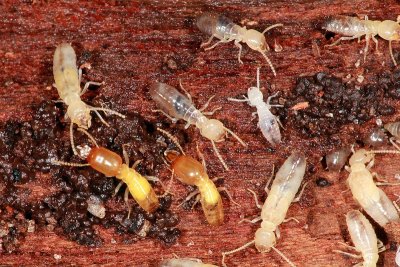 How to avoid termites? If you have not met termites in your house before and you do not want to have a deal with them it will be better to use some preventive methods.

Many specialists recommend the following measures:

Taking everything into account, termites are unique insects. Many of them do harm for people. However, it should be noted that termites are great benefit to the soil cover as ants and worms. Due to them soil is fertilized and its yield is growing.

This is especially noticeable in Australia, where there are no worms, but the yield of wheat reach record amounts in places where a lot of termite mounds. But we all would like to meet them only in a wild nature, not in our houses. Now you know all about termites!

How to inspect a house before buying? 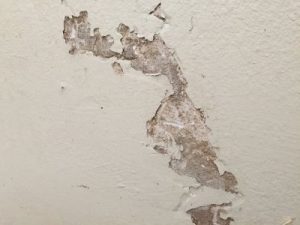 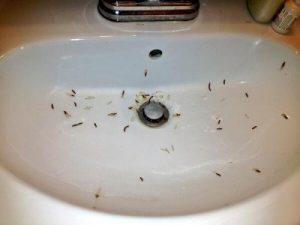 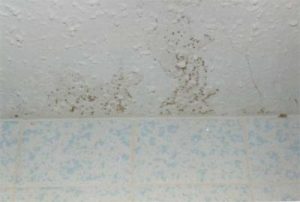