All facts about the termite queen: what is it size and lifespan? What does a queen of termites look like? 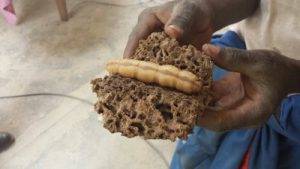 Termites are really smart insects. Their colonies are real societies with hierarchy and social roles. Every termite caste is responsible for a particular function. Like a real monarchy a colony is ruled by a queen. She is the real head, responsible for all the colony members.

The main function of the queen is egg laying, but besides she also monitors the functioning of other termites and gives them jobs to do. We are going to see what is the queen like, what she need to do in her colony, and what’s more important, focus on ways of finding and killing the termite queen.

How to become a termite queen? 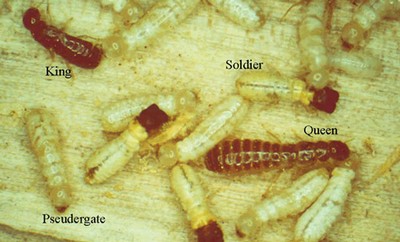 A new colony starts the moment when a termite king and a queen make their decision to shed wings and start a family. Before that young reproductive termites were flying altogether in a swarm. After the swarm breaks up, a termite couple settles together in a place where there is enough wood and water and other necessities.

Firstly, the queen may lay not so many eggs. And firstly only the queen and the king care for the babies. Two or three years later the colony becomes more organized.

That’s a lot of time left because queens usually live from 20 to 50 years. Soon the colony will have enough workers to do the jobs and look after the babies and the queen herself. So, from this time on the queen can lay an enormously great number of eggs.

As time passes the queen becomes much larger to be able to produce lots of termites. Some of the eggs laid by the queen have a potential to become not a soldier or worker but also a queen. Such termites live in the colony, and when the old queen dies, they take her place.

That’s a great ability for termite colonies. Nobody dies in the colony, the functioning continues as usual and there is no need to start a new colony.

More than that, there can be more than one queen in a numerous colonies. 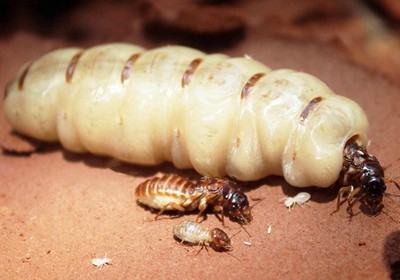 Termite queen is a female insect which is really large comparing to other colony members. The queen is this big because of her abdomen as she should be able to lay a great number of eggs. Her length is about 10 cm. She possesses a big white abdomen. Quite often the abdomen is a hundred times bigger than a typical termite, while the head and the legs stay the same size.

You may think that such queen may seem odd or funny for other termites. But being blind and staying in a dark place they actually can’t see her properly.

But the queen hasn’t been like that all the time. During the swarming time kings and queens are the same size. But afterwards, when they shed their wings and settle down, the queen starts her slow increase in size. At the end termite queen size become large. A queen of subterranean termites can greatly vary in color from pale yellow-brown to black.

What does the queen termite look like? Let’s see termite queen photo: 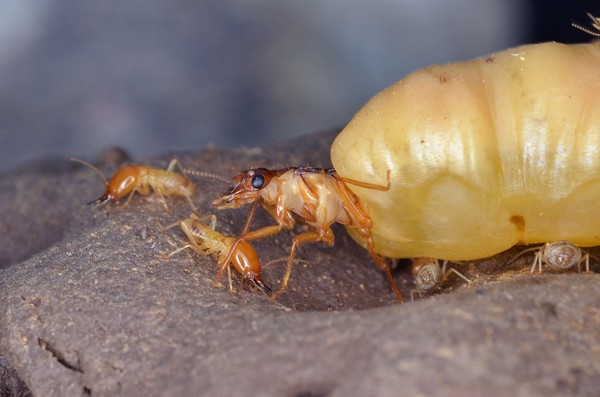 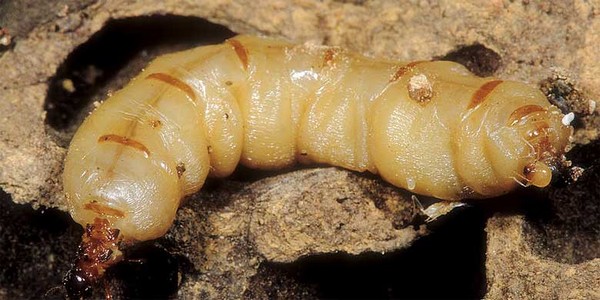 After the queen and the king start their own new colony, within this time the queen starts laying a lot of eggs. She is able to lay hundreds and even thousands eggs per day when she is mature enough. Termites differ from ants in need of periodical mating. So, fertilizing the queen is the main and only function of the king.

What is termite queen lifespan? The royal termite couple lives in a special cell, Royal chamber. It is situated in the very center of the nest. That’s a special cell with thick walls and a great number of outlets coming out. The workers use them to come in and out, looking after the queen, feeding her, carrying the eggs off to the nurseries.

The workers are also constantly licking the queen to maintain delicate pheromone balance in the whole colony.
The juice the workers get is their reward for the hard work. The queen exudes this juice from her behind. It has an ability to stimulate the workers to do various jobs in the colony next time.

Actually, the queen and king rule in the colony with the help of pheromone signals.

A mature queen is not able to walk, because while she lies on her stomach her legs can’t even reach the ground. If she needs to go anywhere for some reason, the worker termites are going to carry or roll her to the place. As the queen is really heavy now, dozens and dozens of workers are needed to move her. 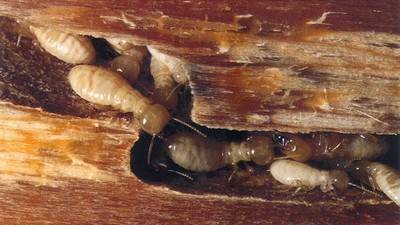 Scientists think that the queen with her progeny is able to teleport herself to a safe place in the case of a danger. Of course this fact hasn’t been proved yet, but there is such a version.

An American researcher studying animals and their behavior, Ivan T. Sanderson, notes in his book “Paranormal ants Atta and teleporting Queen” that termites as well as ants know about a system of teleportation of the colony’s most valuable individuals.

Well, scientists joke and say that if people can get this knowledge from tiny termites we would be able to reach the stars just in about two years.

While we are talking about termite society, we are humanizing the presses. And that’s why lots of people are interested if termites really treat their queen as a boss, aren’t they angry or jealous with her? Actually no. Termites just take the roles they were born with and carry on with their duties, no pessimism takes place.

How to find the queen?

If you decide to get rid of the termite colony yourself and find and kill the queen, here are the handy tips for you to follow.

Sometimes termite nests are several feet underground, so you need to figure a lot. What does a queen termite looks like? You need to look for a slow termite with white and giant abdomen. That’s the queen. Pick her up and end up with the colony of destroying creatures.

How to destroy the queen?

A termite colony can’t survive without a queen. If their queen dies and there are no insects that can lay eggs and control the population, all the colony members and eggs will die. So, if you need to get rid of a termite colony, killing the queen is a proper way out.

How to kill the queen termite? Actually it is very difficult to kill the queen, even with such new methods as using ants for termite control. Going to reproductive part of the colony is nearly impossible; it is guarded by soldier termites. If even you set a trap, the queen may never enter it.

One more way to kill the queen is poison. She doesn’t feed herself; workers bring her food and allow to eat it. If the queen eats poisoned food she will die. But the difficulty is that a worker most probably will try this food first and die himself.

Fumigation helps to kill all the termites, including the queen, with the help of toxic fumes. But this method is only good for drywood termites. 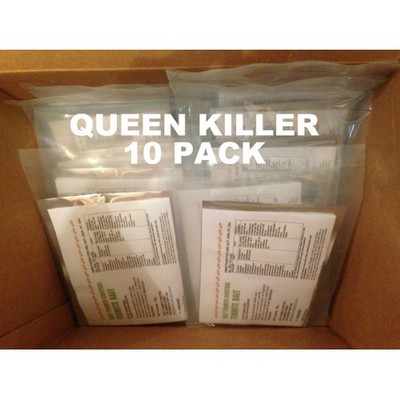 The queen of termites is a real monarch in her colony.

She rules other termites and produces a lot of new members for the society.

For the termites the queen is the real god, but for people she is the cause of damage.

We hope that knowing basic info about termites and their queen you can avoid these insects in your house.