Termites are a threat to households in many warm states.

There’re so many different fighting methods that it’s easy to get lost trying to figure out what will work best for your problem.

One of them is the use of Spectracide – termite killer.

Let’s look through this possibility.

Coming under different brands, Spectracide itself is based on Cyhalothrin. This is an organic compound that belong to the type of man-made insecticides, that are created to resemble the properties of naturally occurring one that is coming from chrysanthemums flowers.

Usually it comes in form of colorless solid with slight smell. One of the most active isomers that is used for Spectracide production is gamma-Cyhalothrin. It allows reducing the application rates in comparison with other isomers. 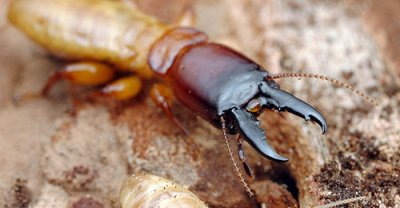 Cyhalothrin causes paralyses or death of the insect by influencing on its nervous system.

It can also have a side effect of being toxic to fish and other aquatic organisms, as well as bees, earthworms and some birds.

But this effect can be reduced by binding the chemical with the soil.

Also Cyhalothrin has low water solubility, the quality that also reduces the risk of wildlife damage. Gamma Cyhalothrin is used to exterminate chewing and sucking insects.

What is the use of Spectracide?

Though being a man-made chemical insecticide, Spectracide is considered to be an eco-friendly way of termite extermination. It is largely used for subterranean termite control.

Subterranean termites are species that nest in the soil. They do not form colonies inside the buildings, unless their very specific requirements are met. So these termites are just visitors in the house. But this fact doesn’t make them any less dangerous.

Actually, even more so because it doesn’t matter how many times you’ll completely clear your wooden structures from the insects thriving inside, the subterranean termites can always come back, unless you destroy the colony itself.

And it’s not at all that easy to locate. One of the most dangerous species of subterranean termites is a Formosan termite, that is being called “super termite” for the incredible sizes of colonies and ability to bring a serious damage to the structure of the building in only few months.

Check out the products of another giant – Bayer: Termite Killer Concentrate and Granules.

What are the Spectracide termite treatments and how to use them?

Here you can learn more about all products of Spectracide against the termites. 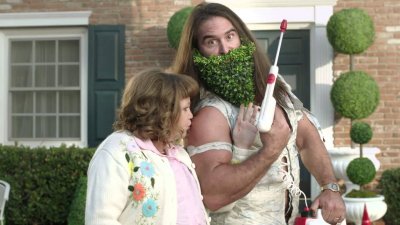 It doesn’t smell and leaves no stains, can be used indoors as well as outdoors and kills on contact.

As it kills only the insects that are exposed to the Spectracide immediately, this way of applying the termicide cannot be called the most efficient.

You can kill the workers or the winged termites that you see, but it will have no effect on the nest itself.

This form is not recommended to be the only protective measure against termites and needs to be combined with more specialized treatments.

To apply it you have to spray the areas that are most likely to have termites inside, such as corridors in damaged wood, structural voids, cracks in the wood and so on. 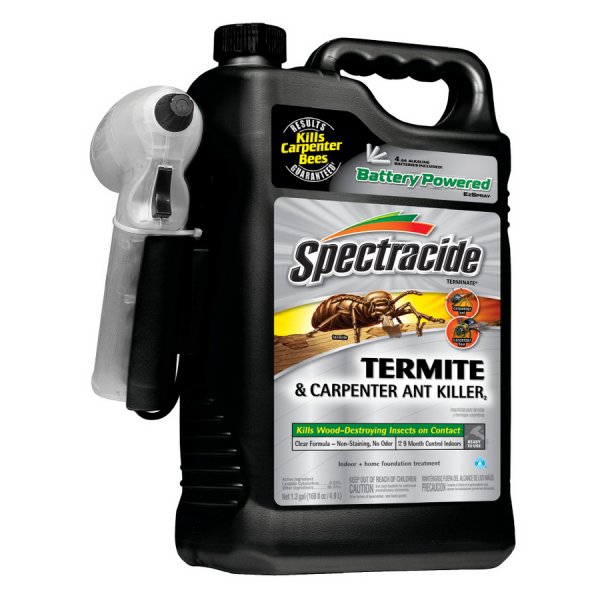 Baiting can be done all by yourself or trusted to professionals, the choice is yours. The bait works pretty much like the barrier treatments in the way it makes the worker termites bring the poisonous food into the nest, where they share it with other individuals.

The difference is – you do not treat the soil with it, so there’s less likely a damage to nature being done. Also baiting can be easily used indoors against drywood termites.

General idea is to place the small edible insecticide treated elements to the usual foraging places of the termites. Normally it brings slow but sure reduction of the termite colony and eventually its disappearance.

Logically, the bait should be consisting of something tasty for the termites, for example cardboard or paper. It’s important that the active insecticide for the bait doesn’t kill the termites at the spot.

First of all, because it’s less efficient as the poison doesn’t spread to the other members of colony, and secondly, because termites are clever – they grow suspicious and can start avoiding the baited cellulose if they see too many dead insects around.

The placement of the Spectracide bait can be different. Depending on the termite’s species that is threatening your household you can install the traps: 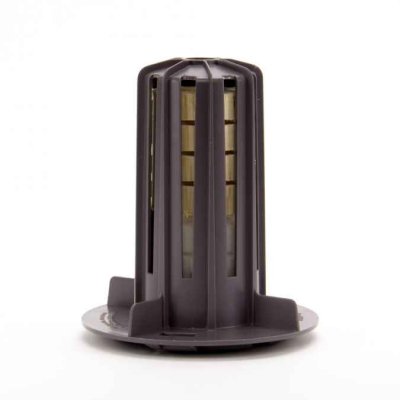 Let’s go through the baiting method step by step.

Prebaiting. Before you use the Spectracide in your baits you need to make sure that the termites will eat it. So first step is prebaiting. You need to determine the places of the greatest termite activity using the wooden monitors.

Usually to have better chances you install prebaiting station in the whole possible foraging area of termites with 10-20 feet apart. Eventually the snack you left should be discovered and you have your future baiting bases.

Important! You need to have patience as there’s no certain time it will take for the termites to find your traps if they are installed underground. It might take less time during the summer and be a really long waiting during cold winter.

It can be a bit easier to monitor the state of your baits above the ground. You can mount them on the walls that are affected by termites or install them on pest pathways. This way, the workers don’t need to find the stations, so it will take less time. You can use both types of baits together for better effect.

Baiting. Once you have your stations determined, it’s time to poison your baits. One thing is important – to keep monitoring your baits. The best is to check them every 2-3 month and see if there are still termites eating on it. If yes, you need to add more stakes. Also you need to replace the eaten baits and change all of them every 9 months. 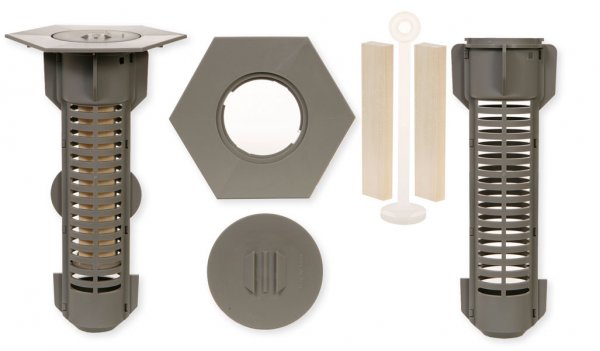 One of the most popular brands for the Spectracide baits that can be used by homeowners is Terminate Termite Home Defense System. It’s licensed only for use against subterranean termites. The cost of this product doesn’t exceed $100 (comparing to the other insecticides used by professionals that reach $1000), the fact that makes its use very tempting.

But there’s a downside. Terminate is not recommended as the only fighting method, and if you have an active infestation it’s still better to trust it to professionals.

The conclusion is – baiting is a good method and nice analogy to soil treatments, but choosing to do it yourself you have to keep in mind that Spectracide is not a guarantee of the full elimination of the termite problem, and has to be combined with other methods in case of active infestation. 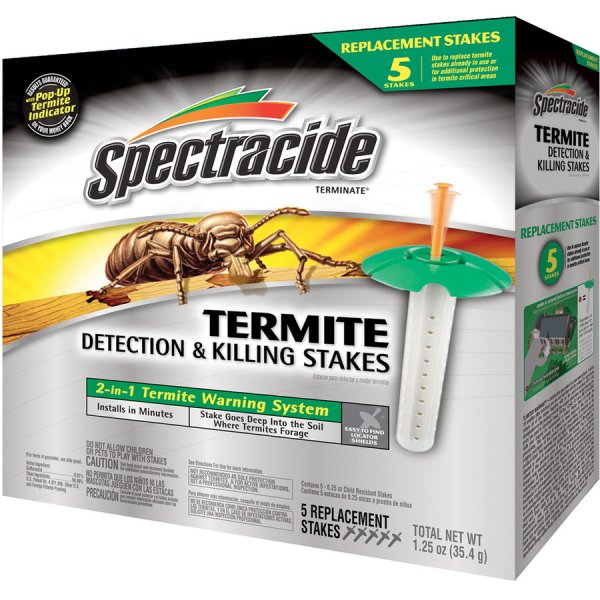 Spectracide termite killing foam review. Sometimes it’s a challenge to use liquid or spray termicide in certain areas. In some buildings the cracks that termites are using can even go through concrete, so to reach further into the termites foraging corridors you need to use something else than spray. One alternative to liquids is a foam Spectracide form.

It comes in the pressurized can and usually doesn’t cost more than $100. By several tests it’s been proven to be more efficient than the spray. Spectracide termite killing foam can go inside the mud tubes, destroying them and because it contains very little water it’s not likely to damage the walls of the house.

As a DIY method the spectracide termite foam is great if you need to get rid of small localized colony for example drywood termites. The reviews for Spectracide foam in aerosol form show that around 70% of customers are satisfied with the results and even claim that they managed to exterminate the whole colony of pests using only this method.

Terminate brand is producing the Spectracide termite killing foam. It comes in single aerosol can or in packs of several 16 oz. cans. You can easily use it yourself without special precautions and risk of hazard to your kids and pets. 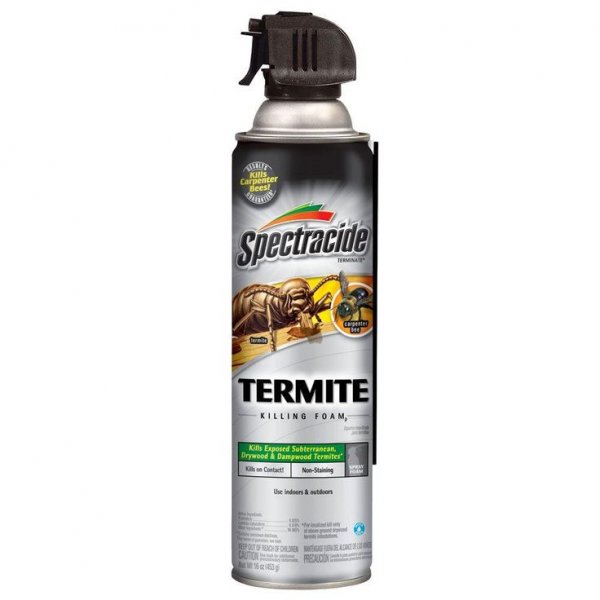 Spectracide is largely advertised as green and safe insecticide. This is not 100% true. Being man-made chemical it’s still toxic and requires precautions when used.

First of all, if you’re using the DIY sprays or foam make sure you’re wearing skin and eyes protection. Normally, if you get a little of Spectracide in your eyes or in contact with the skin the harm will be no more than irritation. Wash the affected place with water and if the itch doesn’t go away consult with the doctor.

What you should be really careful about is for the chemical not to get in contact with water that can be later carried to any wildlife habitat. Spectracide is highly toxic to fish and other aquatic creatures.

But it’s less so than say Termidor, because it’s not easily saluted in water, so if you follow all the instructions on the package, you wouldn’t cause much harm.

So, let’s go through the main points: 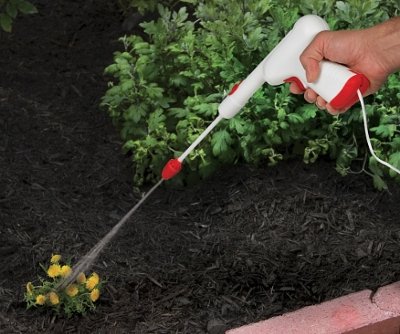 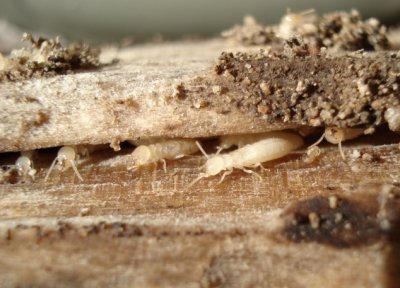 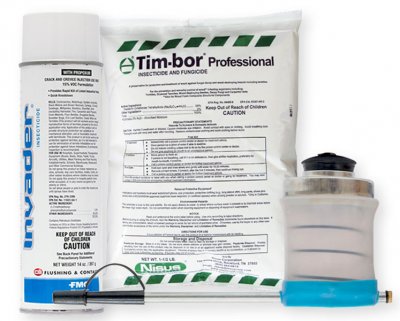 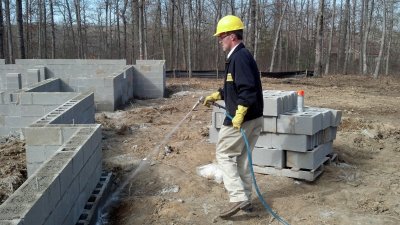 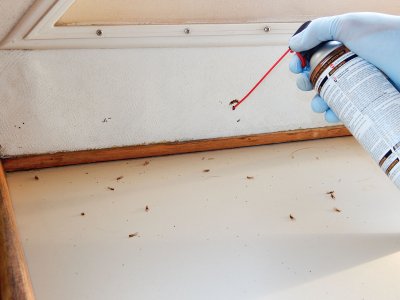